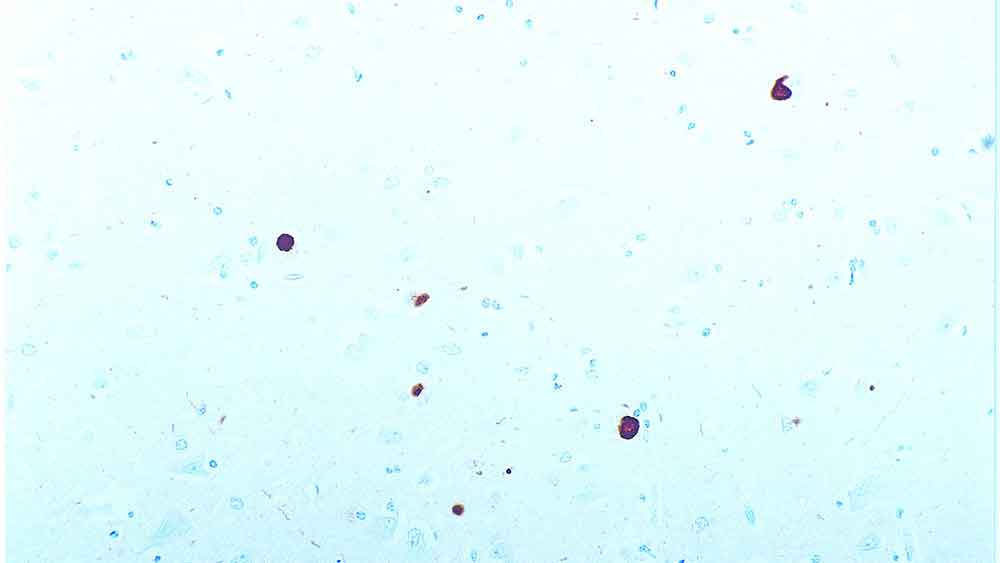 Alpha-synuclein is a protein of 140 amino acids and a member of the synuclein family. It shares 61% sequence homology with beta-synuclein and is highly conserved between vertebrate species. It does not possess a signal sequence suggesting that it is an intracellular protein. All synucleins have an unusual organization based around the eleven residue repeating motif and an alpha-helical secondary structure resembling those found in the lipid-binding domain of exchangeable apolipoproteins, including Apo E. This homology suggests a direct interaction of alpha-synuclein with membranes consistent with its affinity for synaptosomes.

The function of alpha-synuclein may be to carry a target protein to the inner membrane of nerve terminals or to the outer surface of synaptic vesicles. Western Blot analyses of highly purified Lewy bodies from Lewy body dementia brain material has shown full-length, partially truncated and insoluble aggregates of alpha-synuclein.

Alpha-synuclein may be implicated in the formation of Lewy bodies and the selective degeneration of neurons in sporadic Parkinson's disease and Lewy body dementia.

Clone KM51 is specific for alpha-synuclein and is unreactive with beta-synuclein. Pretreatment of tissue sections with 98-100% formic acid is also recommended.