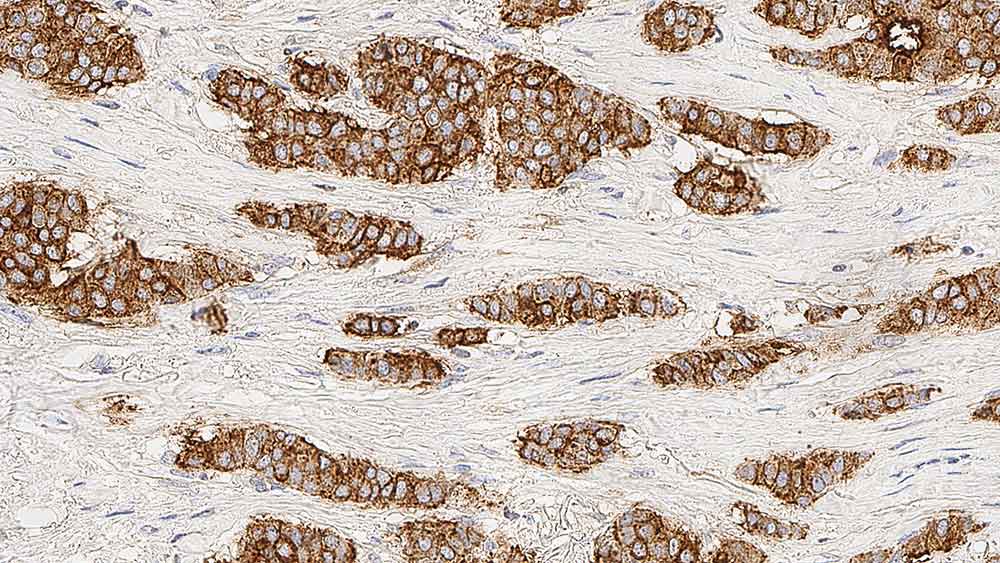 Epithelial membrane antigen (EMA), also known as episialin, is reported to be expressed in a variety of normal and neoplastic epithelia. It has been reported that markers to CD45 (LCA) when used in conjunction with markers to EMA are useful in labeling cells of lymphoid origin, whereas the combination of anti-cytokeratin antibodies together with EMA is useful to characterize cells of epithelial origin. EMA is also notably described to be expressed in a subset of Hodgkin's lymphomas.

Disclaimer
Epithelial Membrane Antigen is recommended for the detection of specific antigens of interest in normal and neoplastic tissues, as an adjunct to conventional histopathology using non-immunologic histochemical stains.

If your country is not listed here, please contact us for more information.
閉じる
Contact Us for a quote.
VIEW DOCUMENTS
製品仕様
GP1.4
Tumor Differentiation
BOND RTU
No
P (HIER)
Mono
Mouse
In Vitro Diagnostic Use
7ml