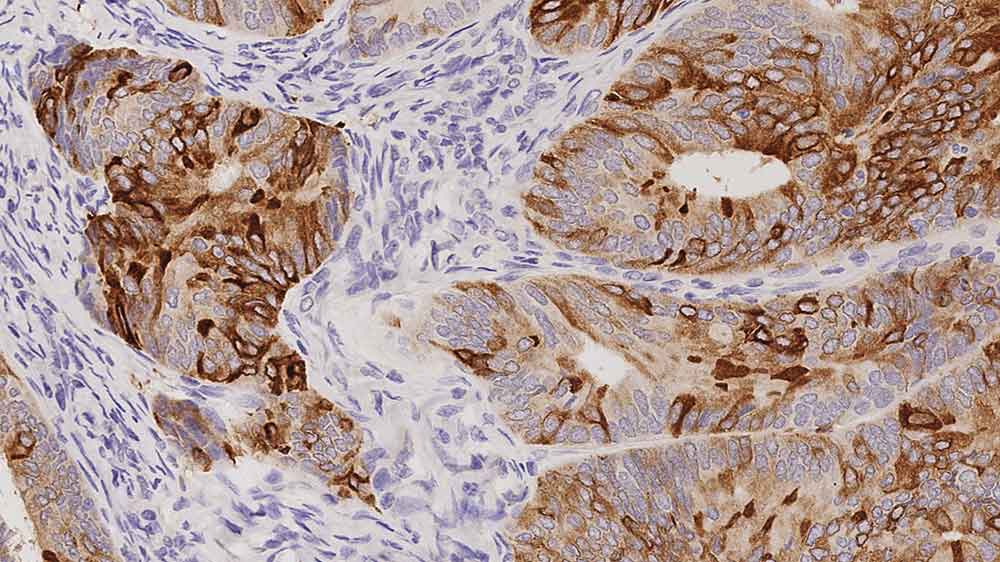 Mammaglobin is a 10 kDa glycoprotein that belongs to the uteroglobin family of proteins. It was first described in 1996 and found to be overexpressed in breast cancer.

Mammaglobin has been suggested as a useful marker for carcinomas of unknown primary origin, with expression unaltered from the primary site.

If your country is not listed here, please contact us for more information.
Close
Contact Us for a quote.
VIEW DOCUMENTS
SPECIFICATIONS
EP249
Breast Pathology
BOND RTU
No
P (HIER)
Mono
Rabbit
In Vitro Diagnostic Use
7ml