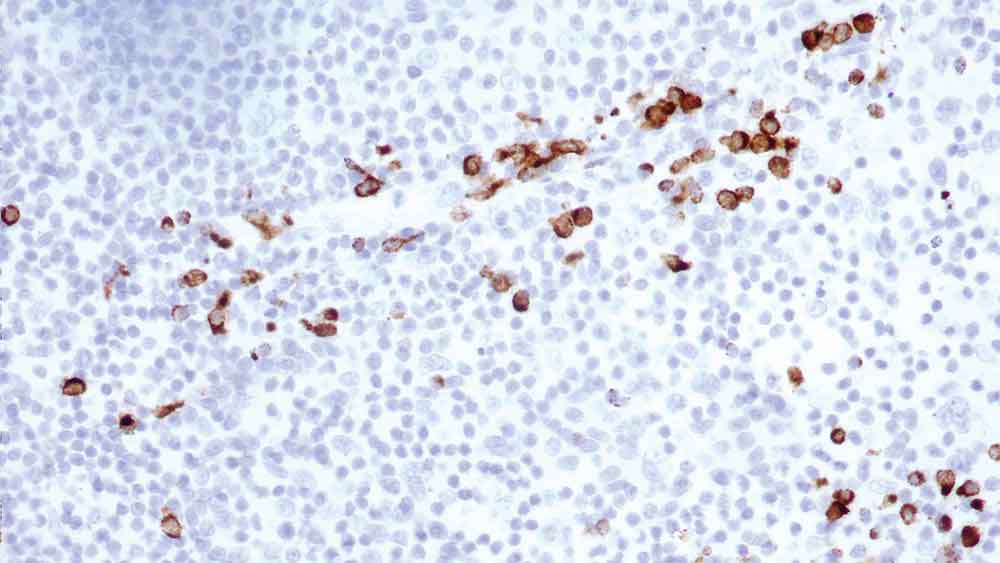 Granzymes are neutral serine proteases which are stored in specialized lytic granules of cytotoxic T lymphocytes (CTL) and in natural killer (NK) cells. These CTL and NK cells are heavily involved in the elimination of neoplastic and virally infected cells. Secretory granules containing perforin and granzymes are instrumental in undertaking cytolytic activity. Granzyme B is understood to enter a target cell through a perforin pore-formed channel to induce DNA fragmentation and apoptosis. Granzyme B has also been described in neoplastic CTL and NK cells.

Granzyme B is recommended for the detection of specific antigens of interest in normal and neoplastic tissues, as an adjunct to conventional histopathology using non-immunologic histochemical stains.

If your country is not listed here, please contact us for more information.
Close
Contact Us for a quote.
VIEW DOCUMENTS
SPECIFICATIONS
11F1
Hematopathology
BOND RTU
No
P (HIER)
Mono
Mouse
In Vitro Diagnostic Use
7ml