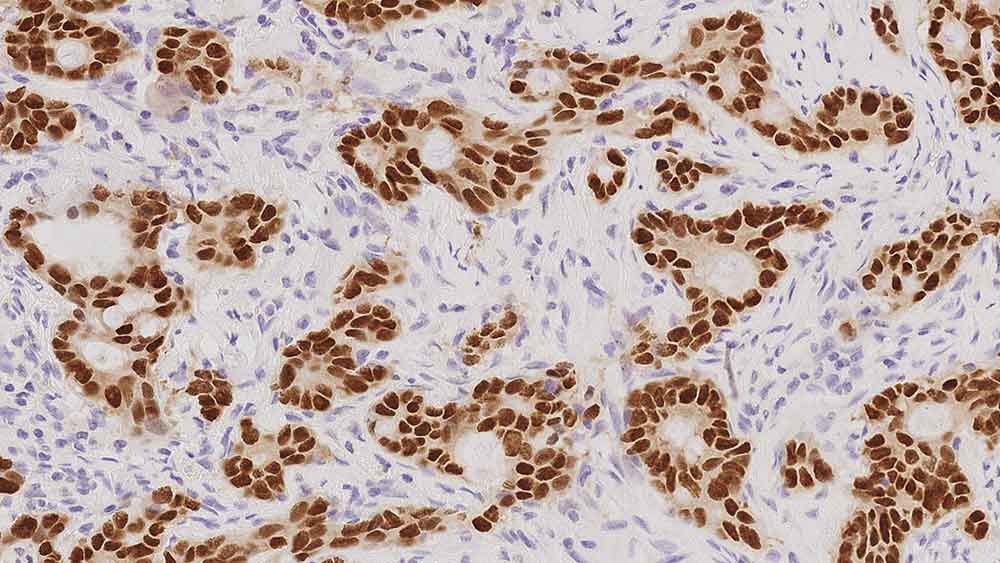 CDX2 is a caudal-type homeobox, intestine-specific transcription factor expressed early in intestinal development and may be involved in the regulation of proliferation and differentiation of intestinal epithelial cells. CDX2, as well as CDX1, is of particular interest as the intestine is the only organ that contains detectable levels of either gene product.

This pattern of restricted expression is unusual for homeobox genes. Phosphorylation of the CDX2 activation domain can modulate its function and different spatial expression patterns in the intestinal epithelium. CDX2 is primarily expressed on the surface of the villus and in the crypts. In contrast to CDX1, intense CDX2 expression is reported to occur in all but the distal portions of the developing intestine.

CDX2 is recommended for the detection of specific antigens of interest in normal and neoplastic tissues, as an adjunct to conventional histopathology using non-immunologic histochemical stains.