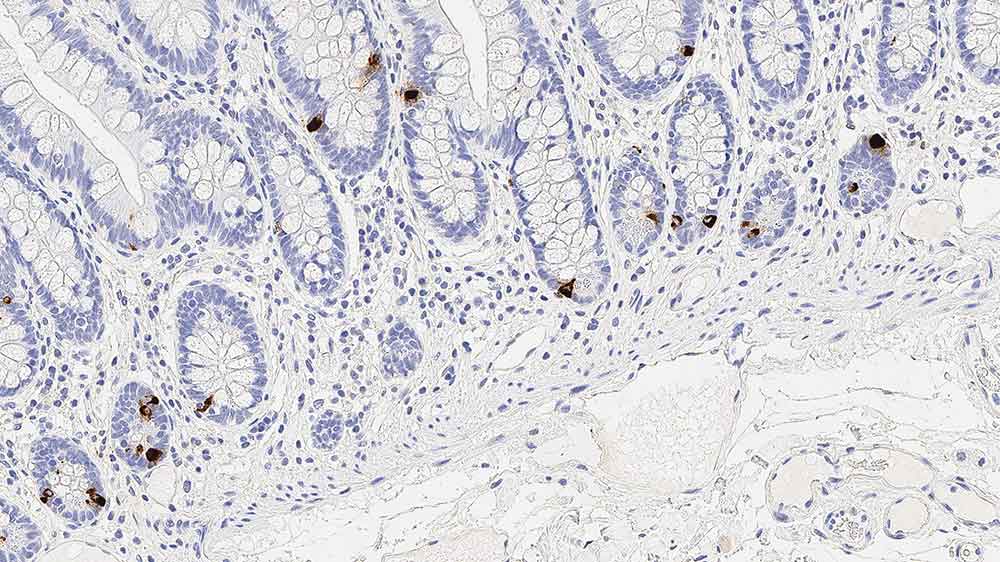 Chromogranin A is a 68 kD acidic protein which is reported to be widely expressed in neural tissues and in secretory granules of human endocrine cells, for example, parathyroid gland, adrenal medulla, anterior pituitary gland, islet cells of the pancreas and C cells of the thyroid. Chromogranin A expression has been reported in neuroendocrine tumors such as pituitary adenomas, islet cell tumors, phaeochromocytomas, medullary thyroid carcinomas, Merkel cell tumors and carcinoids.

Chromogranin A is recommended for the detection of specific antigens of interest in normal and neoplastic tissues, as an adjunct to conventional histopathology using non-immunologic histochemical stains.