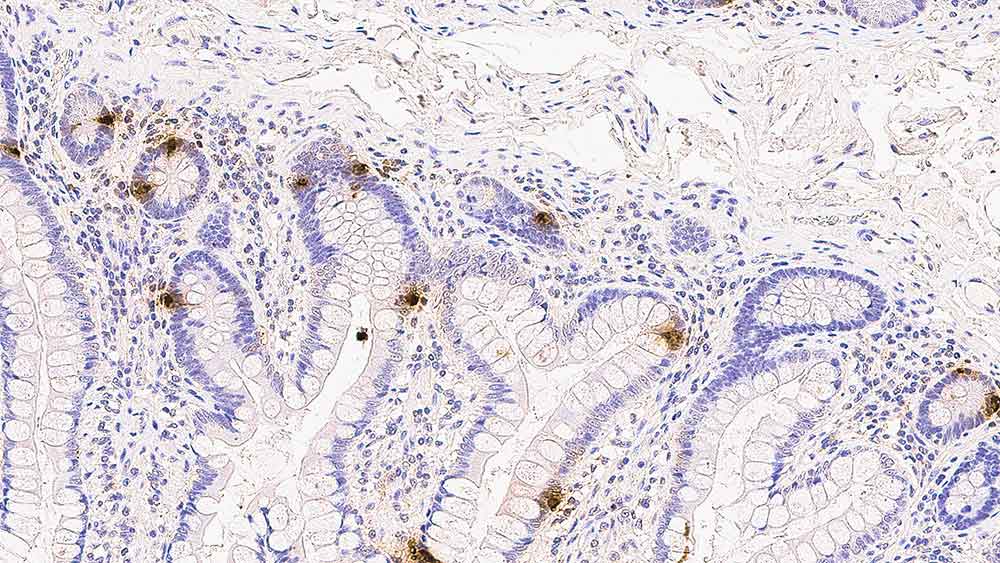 Serotonin (5-hydroxytryptamine, 5-HT) is reported to be a widely distributed neurotransmitter and hormone in the mammalian peripheral and central nervous system (CNS). Serotonin is formed by the decarboxylation of 5-hydroxy-tryptophan, its intermediate, which in turn is formed by hydroxylation of L-tryptophan by tryptophan hydroxylase. In the CNS, the action of serotonin is terminated by reuptake into the presynaptic terminal by specific serotonin transporters. Serotonin has been implicated in several neuropsychiatric disorders such as anxiety, depression and schizophrenia. The majority of serotonergic nerve terminals in the CNS originate in neuronal cell bodies of the Raphe nuclei (dorsal, median), nucleus Raphe obscurus and nucleus Raphe pallidus in the brainstem which project to specific areas of the brain and spinal cord. Serotonin is thought to be an inhibitory neurotransmitter regulating a wide range of sensory, motor and cortical functions in the CNS. In the periphery, serotonin is reported to be present in neural and non-neural structures such as platelets, gastro-intestinal tract (myenteric plexus, enterochromaffin cells), lungs (neuroepithelial cells), thyroid gland and spleen.

Serotonin is recommended for the detection of specific antigens of interest in normal and neoplastic tissues, as an adjunct to conventional histopathology using non-immunologic histochemical stains.

LOG IN to check your price,
or REQUEST a bulk quote.