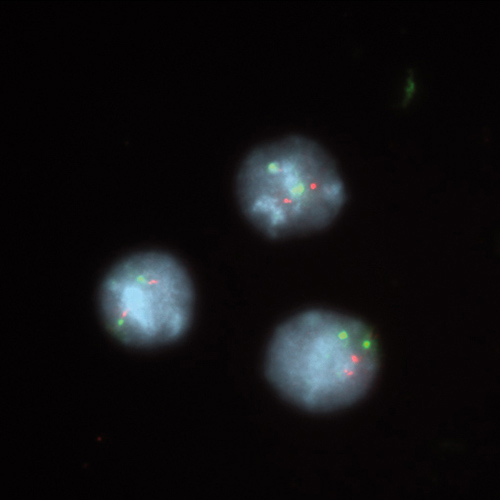 Deletions of the long arm of chromosome 11 (11q) have been noted in primary neuroblastomas. It is assumed that a tumor suppressor gene mapping within 11q23.3 is commonly inactivated during the malignant evolution of a large subset of neuroblastomas, especially those with unamplified MYCN. The KMT2A (11q23) FISH probe is optimized to detect amplification or deletion involving the KMT2A gene region at 11q23 in a dual-color assay. The Chromosome 11 Satellite Enumeration probe (SE 11) at D11Z1 is included to facilitate chromosome identification.