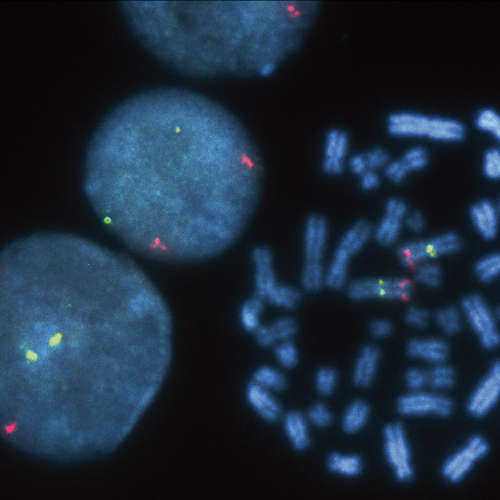 Amplification of the 3q26-q27 has a high prevalence in cervical, prostate, lung, and squamous cell carcinoma. This amplification can also be found to a lesser extent in CLL patients. The minimal region of amplification was refined to a 1- to 2-Mb genomic segment containing several potential cancer genes including TERC, the human telomerase RNA gene. The TERC (3q26) specific FISH probe is optimized to detect copy numbers of the TERC (previously known as hTERC) gene region at region 3q26. The 3q11 region probe is included to facilitate chromosome identification.