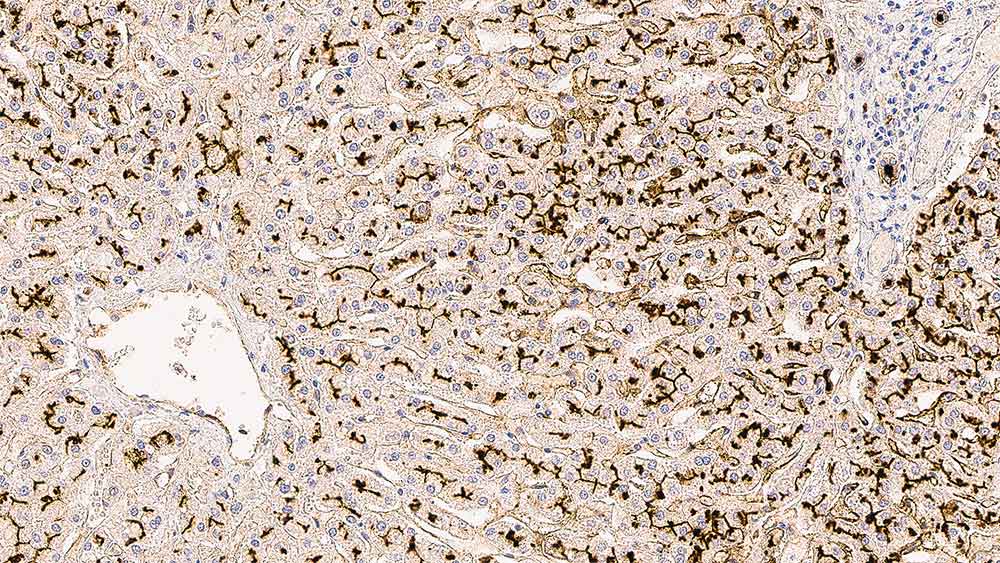 CD13 antigen, also known as aminopeptidase N, is a member of type II integral membrane metalloproteases, which also includes the leukocyte antigens CD10, CD26, CD73 and BP-1. CD13 antigen is a receptor for the coronaviruses which cause respiratory disease in humans and several animal species. The antigen functions as a zinc-binding metalloprotease which plays a role in cell surface antigen presentation by trimming the N-terminal amino acids from MHC class II-bound peptides. CD13 antigen is reported to be expressed on granulocytes, monocytes and their precursors, most acute myeloid leukemias and a smaller proportion of acute lymphoid leukemias. Non-hematopoietic cells which express CD13 antigen include epithelial cells, renal proximal tubules, intestinal brush border, endothelial cells, fibroblasts, brain cells, bone marrow, osteoclasts and cells lining the bile canaliculi.

CD13 is recommended for the detection of specific antigens of interest in normal and neoplastic tissues, as an adjunct to conventional histopathology using non-immunologic histochemical stains.

If your country is not listed here, please contact us for more information.
Close
Contact Us for a quote.
VIEW DOCUMENTS
SPECIFICATIONS
38C12
Hematopathology
BOND RTU
No
P (HIER)
Mono
Mouse
In Vitro Diagnostic Use
7ml